OCD is a type of anxiety disorder that seems to affect everyone a little differently. It is typified by the invasive and distracting thoughts it causes, which compel people with the condition to act out in compulsive and repetitious behaviors in order to reduce their anxieties. Because many people with OCD experience the same types of intrusive thoughts over and over, their compulsions are likely to become ritualistic behaviors that they feel the need to engage in on a regular basis.

Due to the nature of OCD, many people suffering with the condition find it to be exceedingly problematic in everyday life, negatively imposing on work and home environments. For some, the condition may only be related to a specific trigger. Examples would be excessive hand-washing to prevent germs or making a ritual of checking locked doors multiple times each morning before leaving for work. But for others, OCD symptoms may affect everything – even compelling some people to avoid certain numbers, eat things in pairs, or organize everything according to color or alphabetical order.

Although only 1 percent of the adult population in the United States currently suffers with obsessive-compulsive disorder, the National Institute of Mental Health estimates that more than half of them are suffering with a severe form of the disorder. The disease can develop at any point in life, though the majority of patients receive a diagnosis no later than age 19. Some people with OCD may be chronically affected by the condition, whereas others experience obsessive-compulsive episodes that vary in intensity and frequency.

It is important to recognize that people suffering from OCD feel out-of-control and unable to stop the obsessive thoughts and compulsive behaviors associated with their disorder. Often, OCD symptoms are highly unique to the individual suffering from them. This may cause them to feel isolated and misunderstood. OCD counseling can offer enlightenment and education about the nature of obsessive or uncontrollable thoughts.

Counseling can help identify triggers that cause OCD symptoms to worsen. It may also include learning how to anticipate OCD urges and refocusing attention on other activities during those times. Because OCD is an anxiety disorder, many people also find relief with better dietary habits or by practicing relaxation techniques, such as meditation.

If you or someone you know is exhibiting symptoms of obsessive-compulsive disorder that interfere with day-to-day life, such as relationships and responsibilities, help is available. Contact our office to schedule a visit and find out if OCD counseling is right for you. 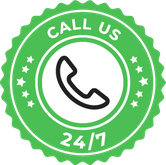 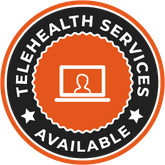 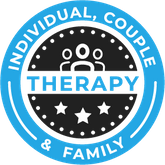